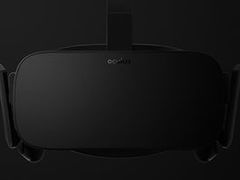 Oculus Rift press event to be held on June 11

Oculus has begun inviting members of the press to a special event taking place in San Francisco on June 11, days before E3 gets underway on June 16.

The invite, which was uploaded by IGN, asks attendees to “Step into the Rift”, suggesting we’ll get to hear much more about the firm’s launch plans for the consumer version of its VR headset.

Oculus announced earlier this month that the consumer version of Rift would arrive in the first quarter of 2016, shortly after the launch of rival HTC Vive.

Sony’s VR headset Project Morpheus, meanwhile, is scheduled for a release in the first half of next year.