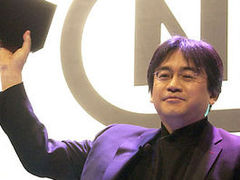 Nintendo CEO Satoru Iwata has revealed that he does not believe making an HD compatible version of the Wii would offer a big enough reason for consumers to buy the console – something more would be needed.

“If asked if making the Wii compatible with high definition – just making it compatible with high resolution – will get players throughout the world to buy it, I would of course say, ‘Do you think it would sell with just that? It needs something new.'” said Iwata during a Q&A session at a recent investors meeting.

Iwata also explained why the platform holder is currently keeping its cards very close to its chest: it’s all because of the competition.

“If there were no rival makers in the world, I could give examples of the things that we are considering. However, for competitive reasons, I cannot give specifics today on the what or when of the things we’re considering,” he concluded.