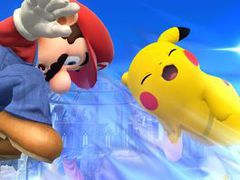 Nintendo currently has no plans to release premium DLC for the Wii U or Nintendo 3DS versions of Super Smash Bros over fears that fans may believe it deliberately held back content from the main game, game designer Masahiro Sakurai has told VideoGamer.com.

“I understand that DLC could add a lot to the appeal of Smash Bros.,” Sakurai said, “and I appreciate that a major part of the excitement for these games come from which characters will appear in the roster, so I think fans could really enjoy DLC that could keep this excitement going. However, I think there might be criticism that we are cutting up content to sell characters one by one, or that we are adding things later that should have been there from the start.

“Creating a single fighter involves a huge investment, and we’ve already been giving it our all and investing a lot of work in the characters currently available in the game and, I think it’s an incredible package in terms of the sheer amount of content in the game. But it might be that people may not understand and may think that I am not offering enough by just looking at DLC itself.

“In light of this, we always need to weigh up both sides of this topic and carefully consider whether it really is best to have DLC or not.

“However, what I can say now about paid DLC is that we aren’t working on anything at the moment,” he continued. “We’ve put all our efforts into making the actual game. Creating DLC would involve large additional costs and require the involvement of a lot of people. I can’t yet give you an answer about whether the price would justify the costs and criticisms mentioned above.”

“I don’t think the inclusion of these characters would be very interesting to a wide audience,” Sakurai continues. “For the amount of effort involved, I would actually prefer to add another roster character. As it takes a lot of work to add a character to the game, it’s not a decision that can be taken lightly.”

Nintendo announced last month that players who register both the Nintendo 3DS and Wii U versions of Super Smash Bros would receive Mewtwo as a free playable character in spring 2015. It has yet to announce any other plans for free DLC.

To read our full interview with Sakurai in which he discusses post-release updates, Amiibo support and his problem with leaderboards, head through here.

Super Smash Bros. for Wii U launches on November 28.