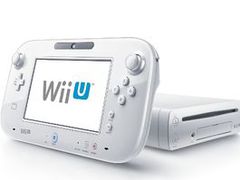 The Wii U GamePad could last for longer than the official figure of 3-5 hours Nintendo issued during E3 last week, Nintendo of America president Reggie Fils-Aime has told Kotaku.

“I have to say that, as a company, we are amazingly conservative when it comes to giving guidance on things like battery life. If you go back to the 3DS discussion on battery life, the numbers we gave before launch vs. the reality of launch were very different,” said Aime. “So what I would tell you is that Nintendo is absolutely committed to making sure that the battery life for the Wii U will not get in the way of the gaming experience.”

Thankfully, the Wii U GamePad can be recharged whilst in use.

We’re not sure Nintendo was particularly conservative when it came to placing a battery life on the 3DS. The firm quoted 3-8 hours, but we’re not sure that was entirely accurate.