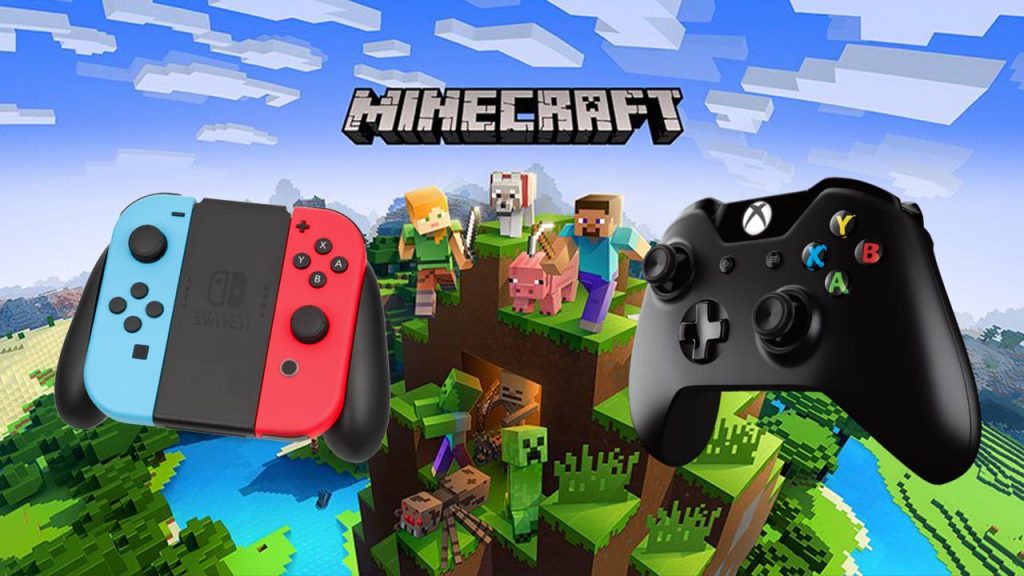 Nintendo and Microsoft have partnered up for a new Minecraft trailer celebrating cross-platform play between the Switch and Xbox One.

The epic bromance is a pretty significant step for the industry, considering this is really the first time that a hardware manufacturer has promoted a rival console in a positive light.

Positive light is the key phrase there. Remember back in the 90s, when Sega attempted to flog the Mega Drive by describing how it did want 'Nintendont'? So yeah, there's no such mud-slinging going on here.

Of course, there's a Sony-shaped elephant in the room when discussing cross-platform play. The PS4 console maker has remained firmly against allowing the feature, not only in Minecraft but also the likes of Rocket League and Fortnite.

Last week, fans of Epic Games' battle royale phenomenon were up in arms after it was discovered that playing Fortnite on your PS4 meant you couldn't use the same account for Switch (and vice versa).

Interestingly, the former head of Sony Online Entertainment, John Smedley, let slip on Twitter that the company's reason for not allowing the feature back when he worked for them was simply down to one thing: Money.

Anyway, at least Switch, PC, and Xbox One owners can get all chummy and enjoy some Minecraft together. What the feel-good trailer below.