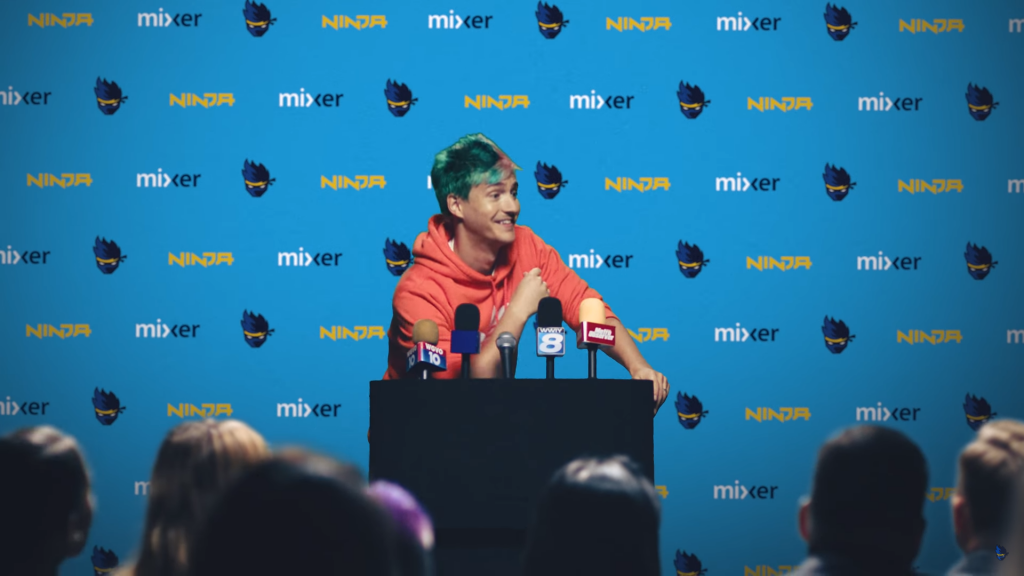 Tyler ‘Ninja’ Blevins — the most popular streamer on Twitch — has signed an exclusivity deal to stream on Microsoft’s streaming platform, Mixer, as announced by the streamer on Twitter.

In the announcement video, Ninja held a mock press conference where he addressed a room full of fake journalists, and said, ‘I know this may come as a shock to many of you, but, as of today, I will be streaming exclusively on Mixer.’

On Mixer, Ninja will be the ‘same me, just a different platform,’ he said. Presumably he will resume streaming Fortnite, as hinted by the Bushy (the fans’ name for the camouflaging item in Epic’s battle royale), and keep his pre-existing sponsorship deals, as we saw a fridge of Red Bull in the announcement video too. The announcement neatly coincides with the start of Season X for Fortnite, which should drive even more viewers towards Ninja and ergo towards Mixer.

He’s not alone, though. The director of the wonderfully memeable cult classic The Room, Tommy Wiseau, tweeted a link to his channel on Mixer afterwards, and not much else. There’s no information on when or what he plans to stream, but he received a warm welcome; people are already filling the offline chat with The Room references.