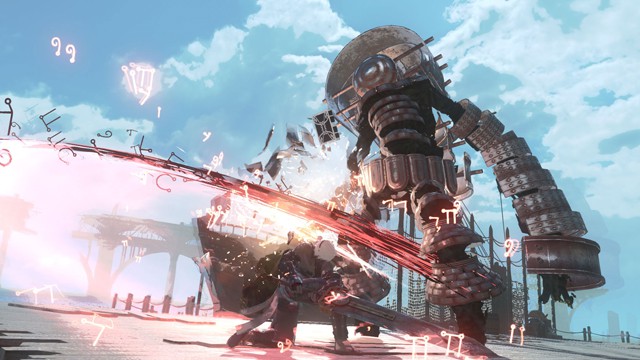 Square Enix’s remake of NieR Replicant will land later this week with plenty of extra content from the original, and the game’s latest trailer highlights some of these additions as well as some forthcoming DLC.

As detailed in this thread by the game’s Japanese Twitter account (and helpfully translated by Gematsu), the game will include 15 “Nightmare Dungeons” that will provide super difficult fights, with bonus costumes available for those up to the task. In addition, there’ll also be bonus ‘Kabuki’ and ‘Samurai’ costumes.

On top of that, there’ll be a free downloadable content offering on release day that will include costumes and weapons based on YoRHa’s appearance from previous game NieR: Automata. Finally, the game will also contain a bonus episode, known as ‘Mermaid’ involving a wrecked ship and a little girl, and is considered a very popular episode among NieR fans.

Check out the trailer for yourself below. NieR Replicant ver 1.22474487139… (to give the game its full title) is scheduled for release on Xbox One, PlayStation 4 and PC on April 23.