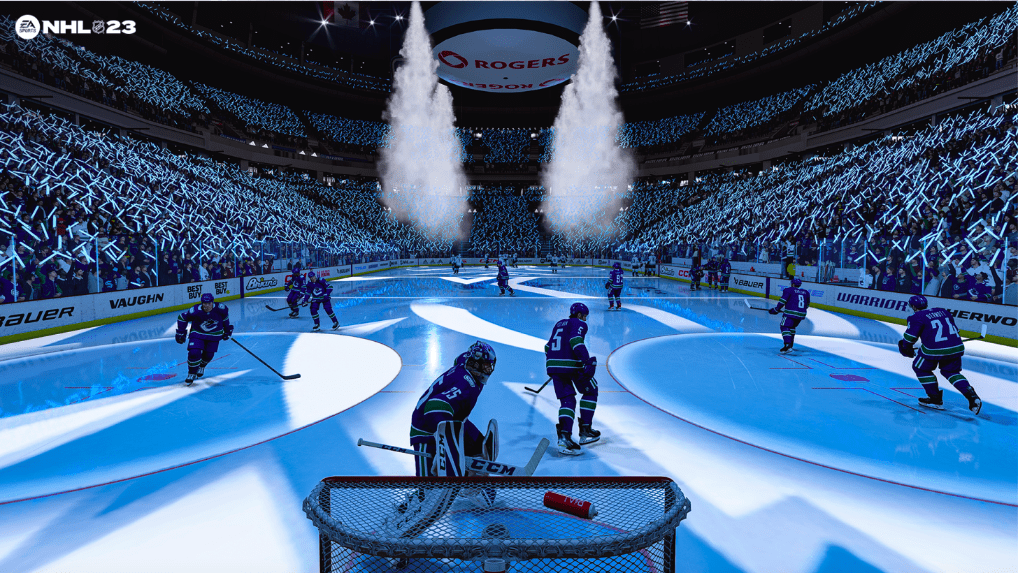 Updated on September 23, 2022 by Olivier Dumont

The NHL 23 player ratings are officially out for fans to soak in and there’s a lot of ground to cover. This is the biggest reveal NHL 23 has released for their new game, providing a variety of new details about which players have climbed the ranks and which have fallen.

With the anticipation building ever so gradually as the October 14th launch draws nearer, the player ratings are a good place to start when looking into what we can expect from the game. Considering all the information circulating around the offensive and defensive players, we thought it would be beneficial to give you a look at which goalies are the best to have in the game.

The 2021-22 season saw a lot of goalies rise to the occasion. In fact, to such an extent that the Top 10 for NHL 23 looks a whole lot different. Without further delay, here’s the complete Top 10 goalies list of NHL 23.

It comes to no surprise that Vasilevskiy is once again in the number one spot, playing a massive role in the Lightening’s three straight visits to the Stanley Cup.

Shesterkin, who wasn’t even in the Top 10 last year, is holding down the second spot after a huge season. Besides the returning four stars in Vasilevskiy, Hellebuyck, Markstrom, and Gibson, everyone else is new to the Top 10 this year.

To grant you a better idea of how much the Top 10 goalies selection in NHL 23 has changed, we are going to go over the Top 10 from NHL 22. Here’s the full list:

The biggest distinguishing differences between the NHL 22 list and NHL 23 Top 10, is not only the six new faces, but also the overall talent level. There were three 87 overalls last year in the Top 10 and now there’s none.