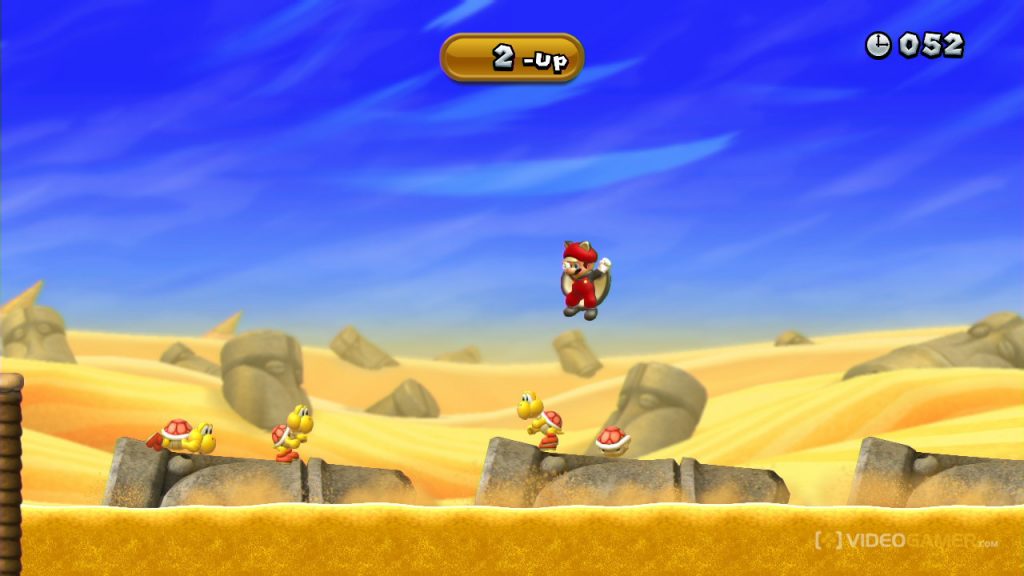 According to sources at Comic Book, Nintendo is set to bring New Super Mario Bros. U to the Switch at some point.

The Goomba-stomping platformer was rumoured to appear on Switch before E3, with initial murmurs coming from a source connected to Nintendo Europe. Crucially, these were the same folk that leaked accurate info about titles such as Mario + Rabbids: Kingdom Battle among others.

Comic Book has been doing further snooping this year regarding the possibility of a New Super Mario Bros. U port, which will supposedly also feature the New Super Luigi DLC.

In addition, whispers have suggested that the Switch port of Mazza's acclaimed platformer will include brand new content, although what that is remains to be seen. The previous re-release of New Super Mario Bros. U was bolstered by a wealth of extra goodies though, so fingers crossed.

The Switch version of the game will reportedly be titled New Super Mario Bros. U Deluxe, although obviously take all this with a pinch of salt until we hear otherwise.

It isn't hard to imagine New Super Mario Bros. U coming to Switch though. Ninty's hybrid console has seen a bunch of Wii U games ported over since its March 2017 launch, such as Hyrule Warriors, Captain Toad's Treasure Tracker, and Mario Kart 8.

New Super Mario Bros. U was a top little offering, so we hope it ends up coming to Switch.