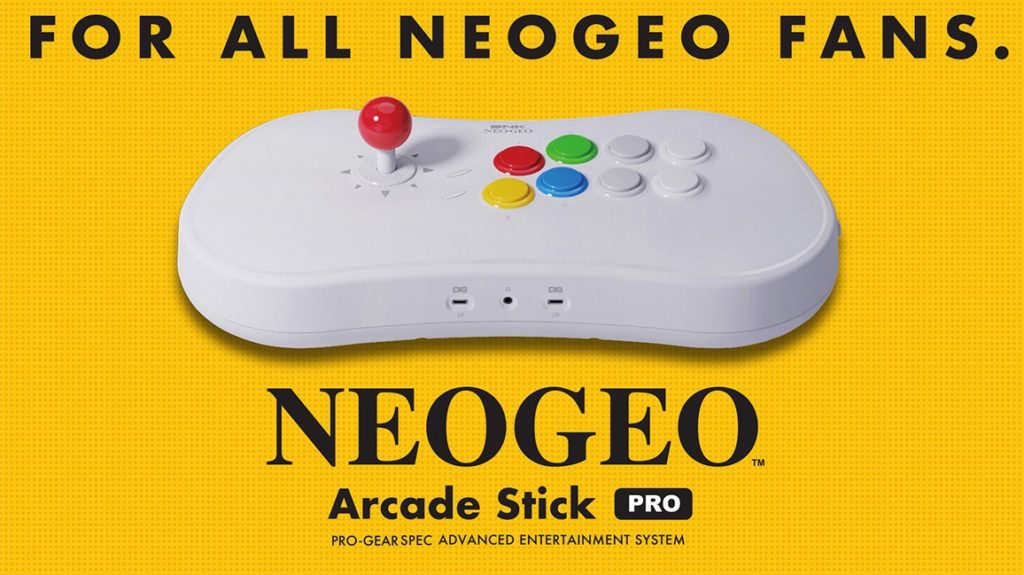 In Console mode, the Neo Geo Arcade Stick Pro can be connected to the TV with an HDMI cable to enjoy the 20 pre-installed classics loaded onto the hardware. It also supports two-player competition, as it is compatible with the Neo Geo mini Pad controllers or even linked to another Arcade Stick Pro. And, if you’re very particular, it offers the option to change the button mappings to suit your style.

It’s set for a worldwide release, though we don’t know when it will launch or how much the Neo Geo Arcade Stick Pro will be priced at. If you can’t wait for a jab of nostalgia until then, Fatal Fury’s Terry Bogard has been announced for Smash, and will be heading to Nintendo’s fighting series in November.