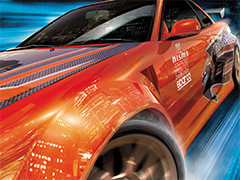 Need For Speed Underground 3: If it can sell 15m copies, we’d make that game, says Ghost

Take a look at any official video of Need For Speed Rivals and one of the first comments you’ll see will likely be from a fan demanding a sequel to Need For Speed: Underground.

It’s a request Ghost Games head Marcus Nilsson is all too aware of – and though the studio isn’t actively working on a new Underground title right now, it’s something he suggests the developer could act upon if the game was guaranteed to sell.

“Ultimately, we need to listen to our consumers,” Nilsson told VideoGamer.com during Gamescom when asked about the possibility of developing Need For Speed Underground 3.

“If people would come to me and say, you know… make Underground 3 with Frostbite 3 with exactly the same features and you’ll go back and sell 15 million copies, then yes, I would build that game. I would. But it’s not that simple.”

Need For Speed: Underground first launched on PlayStation 2, Xbox, GameCube and PC in November 2003, with a sequel following a year later. It’s often regarded by fans as the best in the series, despite later titles receiving a greater critical reception.

But Nilsson believes that nostalgia and the car culture fantasy spurred on by the arrival of The Fast & Furious series is part of the reason why fans are so persistent in their request for a sequel.

“I think it’s nostalgic,” he continues. “I think there are elements in Underground which are very good. What you see with Rivals is, in some sense, a merge between what you like in the Criterion games – the physics, the camera work, the car – but looking back and flirting with the past with the narrative, with the personalisation.

“And yes, Rivals is not the over-the-top customisation and neon colours under the car, but maybe the reason partly is because that is out of hype anyway, because [of] Fast & The Furious in early 2000. But bottom line, I think it’s a core pillar of Need For Speed to have [customisation] and we’re going to go there.”

He continues: “You will always have people who have different opinions. My job ultimately is to understand those feelings and build a game that I think is the best possible. I see the Underground comments, trust me, and it’s not like we don’t regard them.”

Ghost’s first title, Need For Speed: Rivals, launches on Xbox 360, PlayStation 3 and PC on November 22. The Xbox One and PlayStation 4 versions have yet to be dated.