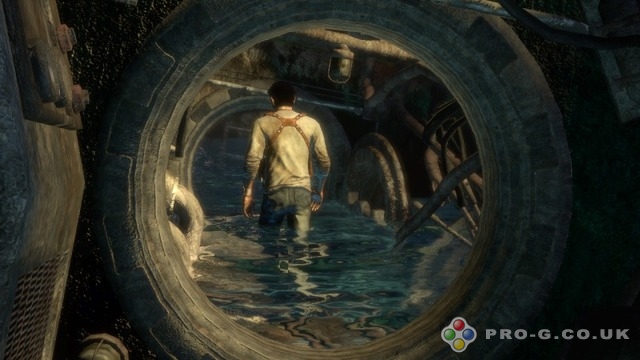 Speaking with Ars Technica, Pope, who later worked on Papers, Please and the excellent Return of the Obra Dinn, revealed how Nathan Drake's trinket-pinching adventurer went through a massive overhaul, thanks largely to Gears of War rearing its head.

'One of the cool things about Uncharted 1 is, we had no f**king idea what we were doing,' he said. 'Uncharted 1 was announced, and then Gears [of War] came out. And Gears invented the modern third-person shooter.'

'Suddenly, Gears came out and showed them out to do it. So we changed everything, six months before release.'

He also revealed that a number of things were cut from the finished version of Uncharted, but didn't go into any details. This sort of thing happens a lot in game development, though, so it's hardly a shocker.

Uncharted: Drake's Fortune came out on PlayStation 3 in autumn 2007 and was later remastered on PS4 as part of Uncharted: The Nathan Drake Collection.