Naughty Dog exploring ideas for The Last of Us 2 - VideoGamer.com 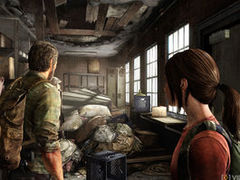 Naughty Dog exploring ideas for The Last of Us 2

Naughty Dog is currently exploring ideas for a sequel to The Last of Us, community strategist Arne Meyer has revealed, telling VideoGamer.com that failing to consider options for The Last of Us 2 “would be a disservice to ourselves and our fans”.

“I think we always make a smart decision in that all of our games are self-contained stories so they don’t have to continue if we don’t want them to or if there’s no reason for them to continue,” Meyer explained while discussing ideas for a sequel. “It really comes down to is there something interesting in this universe we’ve created that we want to continue to explore? Is it something that we can get the entire team passionate about? Is it something we can get the creative directors excited about and then we could continue it?

“We’re just starting to explore ideas of what more could there be in this universe and starting that decision process. That doesn’t mean the end result is guaranteed.”

If a sequel does go ahead, however, don’t expect to see it for a while yet. Both creative director Neil Druckmann and game director Bruce Straley are now leading development on next year’s Uncharted 4: A Thief’s End in place of former leads Amy Hennig and Justin Richmond.

Voice actor Troy Baker doesn’t yet appear to be involved in discussions for a sequel, either.

The Last of Us Remastered – a next-gen port of the original PS3 game – launches on PlayStation 4 on August 1.