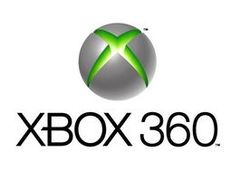 Speaking to financialpost.com (via cbc), Robbie Bach, president, Entertainment & Devices Division, has said he believes there is still plenty of power to be tapped from the Xbox 360 and PS3, but the same can’t be said of the Wii.

He added: “When I look at the [overall] cycle, I think there’s still plenty of upside given what we have today.”

Bach went on to explain how he believes the console world has changed, relying less on new hardware and more on new services.

“Innovation doesn’t require new hardware. The fact that we can deliver a new Xbox LIVE service every year is a very powerful thing and completely changes the experience without changing the console, without requiring the industry to reboot every five years. The fact that we can introduce something like Project Natal and have it work on every Xbox 360 and create an entirely new way to interact with the system speaks to all of that,” he explained.

Bach noted that Microsoft will only begin thinking about what’s next when “there’s innovations and ideas we have that we can’t implement on the system”.