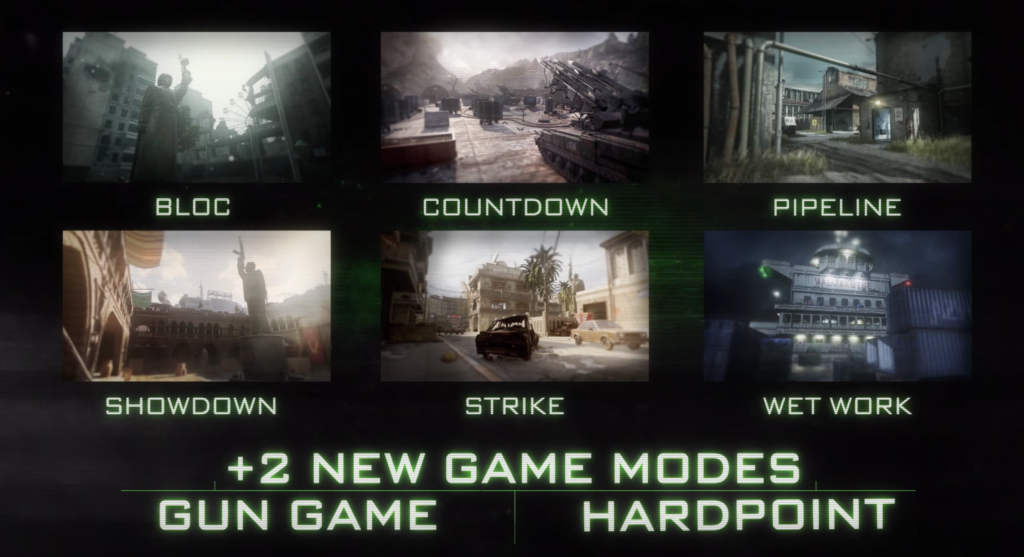 The six maps include classic Call of Duty 4 battlegrounds Bloc, Countdown, Pipeline, Showdown, Strike and Wet Work, with the new game modes set to introduce Gun Game and Hardpoint. You can see what they look like in the trailer below.

Gun Game, as Call of Duty fans will know, is a Free-For-All type game mode that sees players receiving a new weapon each time they make a kill. Hardpoint, meanwhile, is a King of the Hill type mode that tasks players with securing and defending a point against the enemy team.

As well as the new maps, existing map Crash appears to be getting a festive makeover with a new ’24/7 Winter Crash Playlist’ starting December 20. You can see what that looks like in the screenshot below.

Modern Warfare Remastered is only available with the Legacy Edition of Call of Duty: Infinite Warfare.