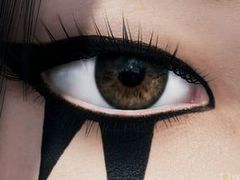 Rhianna Pratchett will not be returning as the writer on Mirror’s Edge 2, the video game writer has confirmed.

“It’s really lovely that people care enough to ask whether I’m involved with Mirror’s Edge 2, but I’m not & wasn’t asked,” she explained on Twitter.

Pratchett wrote the script for the first Mirror’s Edge, but claims her work wasn’t what gamers saw in the released game.

“I came in late to ME1, much of it was already designed, my script was hacked up, I wasn’t happy & said so (diplomatically.)”

Much of the chopping was a result of removing all dialogue from lead character Faith.

“Let’s face it ME1’s story didn’t review that great (for many reasons),” Tweeted Pratchett. “So I consider myself a casualty of that development process.”

She added that the whole process was difficult and no longer holds any contacts at DICE.

“By all accounts it’s a new team on it, so go with God, I say. Create cool stuff. We always need more of that.”

Pratchett also wrote the script to Square Enix’s well-received Tomb Raider reboot, but has said she can’t reveal if she is working on the in development sequel.