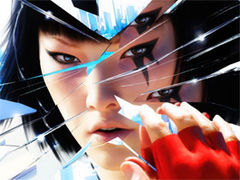 A sequel to Mirror’s Edge is “on the list” of things to do, EA Labels president Frank Gibeau has suggested, saying it’s “really about how and when” to bring the series back.

“We have nothing to announce,” said Gibeau speaking in the latest issue of Game Informer. “We love Faith. We love the property. It’s really about how and when do you bring it back?

“It’s on the list. It’s just about looking at what teams are available, who’s got the right quality approach to it, and who understands it.”

EA has often hinted that a sequel to 2008’s first-person free-runner could be in development.

In 2009, EA’s Patrick Soderlund told VideoGamer that a “small team” was working on Mirror’s Edge 2. Then, during E3 2011, Gibeau hinted that a sequel could be developed using DICE’s Frostbite 2 engine.

Later in the year, DICE’s Karl-Magnus Troedsson suggested that Battlefield 3’s success could improve the chances of Mirror’s Edge 2 being built, saying that “part of our strategy moving forward as a studio [is] that we don’t just want to build Battlefield.”