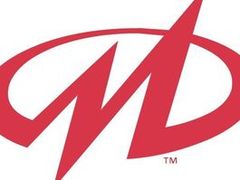 Speaking to VideoGamer.com at a Wheelman press event which took place in London yesterday, creative director Simon Woodroffe has revealed that the future for Midway Games’ titles is looking very good indeed and it’s all because of the publisher’s shared technology.

“I just saw a demo of a new Midway game that’s in development. I can’t tell you too much about it, but they’ve been on it for three months and it looks as good if not better than Gears 2,” said Woodroffe. “This is only possible because of the sharing of technology.”

Woodroffe added: “It’s similar to Gears, but a totally different set up. I’d say that if we were to take all of the games that sold on next gen formats, averaged a couple of things out, this will be as successful as anything in the top end. It’s a very exciting concept.”

Hype building? For sure, but Woodroffe was keen to stress that in this instance the hype is absolutely justified.

“It’s already looking as good as Gears 2, but the game mechanics are kind of different. It’s going to be really big and really important,” Woodroffe explained. “It’s not often, especially when you’re a cynical type, that you see a prototype or creative slice and just get blown away by it. But in this case, the hype is justified.”

While some of Midway’s earlier titles which utilised Epic Games’ Unreal Engine 3 did run into development problems, Woodroffe believes the publisher now has a huge wealth of internal developers with the skills required to deliver high quality titles.

“… you know, the biggest factor that hasn’t been touched upon in recent articles is the shared knowledge. We have 600 to 700 devs, all with Unreal experience, all working for the same company, all of whom can talk to each other. When we hit a problem, we have more people working on the engine than anybody – by a long way. And we have a massive pool of resources to draw upon. At least one team has dealt with pretty much every feature you might want in a next-gen game. Which means that we, as designers, are in a great position – because we can actually build games to be games, not just technology showcases any more,” Woodroffe concluded.

Look out for updated impressions of Wheelman next week, along with more from Simon Woodroffe.