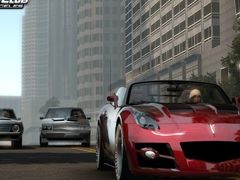 Rockstar Games today announced that the South Central DLC for its open-city racer Midnight Club: LA will be released on March 12 for PS3 and Xbox 360.

The DLC will expand the Midnight Club: LA game world by one third, adding new neighbourhoods to make up the iconic district of South Central.

The DLC will be available in two flavours:

– Hydraulics/Airbags unlocked on all new cars

– Map expansion by one third

The free South Central Map Expansion will ensure that every racer with either Xbox 360 or PS3 copies of the game can race online against players that have the South Central Premium Upgrade.