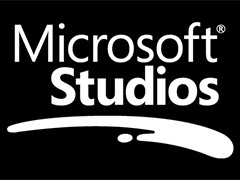 UPDATE 21:42: Microsoft has provided VideoGamer with the following statement in response to this story:

“On Monday we announced changes to Microsoft Studios including Lionhead and Press Play. As part of these changes, we did a site refresh and removed several logos for older studios and projects that have been consolidated during the past several years into other Microsoft Studios and teams. As games launch and new projects come online, we routinely make these kinds of moves to ensure we have the right development support on the right games.”

ORIGINAL STORY: Logos for Lionhead Studios and Press Play Studios have both been removed from the Microsoft Studios website following yesterday’s announcement that both are set to close. But that’s not all.

A further five studios and the Project Spark logo were also removed from the website last night, including Kinect Joy Ride developer BigPark, along with Function Studios, Good Science, LXP and SOTA.

Here’s how the website looked on March 4 according to Google Cache:

And here’s how it looks today:

While it isn’t clear when exactly the changes to the website were made, a Google Cache update reveals they were carried out after 17:24 GMT last night, following the announcement regarding Lionhead and Press Play.

Microsoft has yet to state why the additional studios have been removed from the website – yesterday’s announcement only spoke of its plans for Lionhead and Press Play. Some, however, have speculated that it may be due to their links to Hololens, which may not specifically be geared towards gaming.

Project Spark’s servers, meanwhile, have been offline since Friday, March 4, according to an update on the game’s website, which the team is said to be “investigating”. Last September, Microsoft announced that the game was being transitioned into a “free incubation engine” and that all future DLC had been cancelled.