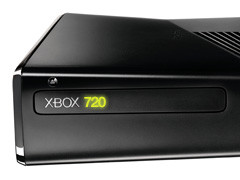 Microsoft has boosted security at its Redmond offices to “an unprecedented level” to help prevent information about its next-generation Xbox leaking ahead of its announcement, a report has suggested.

According to GeekWire, Microsoft notified employees last week that it would be “implementing new physical security measures” – notably limiting employee access at four of its Xbox and Interactive Entertainment Business offices to “ensure confidentiality of upcoming products”.

Only employees assigned to the buildings will have “open access”, the site reports, while other Microsoft employees will need to register for access through an online-portal, and be escorted through the buildings by another employee.

GeekWire reports that this is the first time Microsoft has gone to such extreme measures to protect its technology, and compares the “cultural shift” to security measures used by Apple.

According to the site, the changes will come into effect this month.

Microsoft has yet to announce its plans for a next-generation Xbox, despite the console being referenced in job advertisements and during interviews.

Back in August, EA exec Frank Gibeau revealed that Microsoft’s next-generation console would be released in “about a year’s time”.