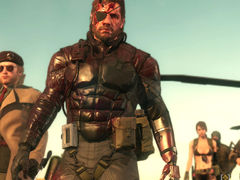 Metal Gear Solid 5: The Phantom Pain made a staggering $179 million on its first day, according to data reported in Adobe Digital Index’s new report on gaming trends.

The day one total compares very favourably with the year’s summer blockbuster Avengers: Age of Ultron, which opened to only $84 million worldwide despite having a mammoth $250 million budget.

“The gaming industry is a lot bigger than most marketers realise,” said Tamara Gaffney, principal analyst and director at Adobe in the report. “These games get more social buzz on opening day than most movies do, and the revenue for one of the top games this year outdid the highest-grossing movie start [Harry Potter and the Deathly Hallows Part 2 with $91 million] by nearly double.”