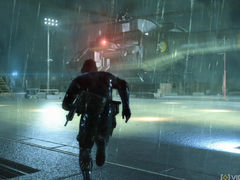 Hideo Kojima may have plans to announce a next-gen Metal Gear Solid compilation during next week’s Tokyo Game Show.

Teasing the reveal on Twitter, Kojima tweeted a picture of a slide from his TGS presentation referencing an unannounced ‘Metal Gear Collection 2014’. “Reading the script for TGS stage show,” he added.

While the most obvious guess would be a new Metal Gear compilation for PS4, Xbox One or PC, the announcement could be related to something slightly less exciting, like a new Play Arts Kai range of Metal Gear figures or, as Bit Socket guesses, t-shirts.

Expect to hear more on whatever Metal Gear Collection 2014 is when TGS kicks off next Thursday, September 18.