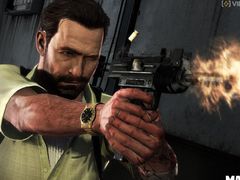 Max Payne 3 has now shipped over four million copies worldwide, a one million unit increase from the three million figure it announced back in August 2012.

“The title delivered Rockstar’s signature cinematic style of action and storytelling while redefining the genre, with revolutionary advances in targeting and animation. Max Payne 3 has sold in over 4 million units to date and continues to attract new fans.”

Back in August, Take-Two said sales of the game had been “lower than anticipated“