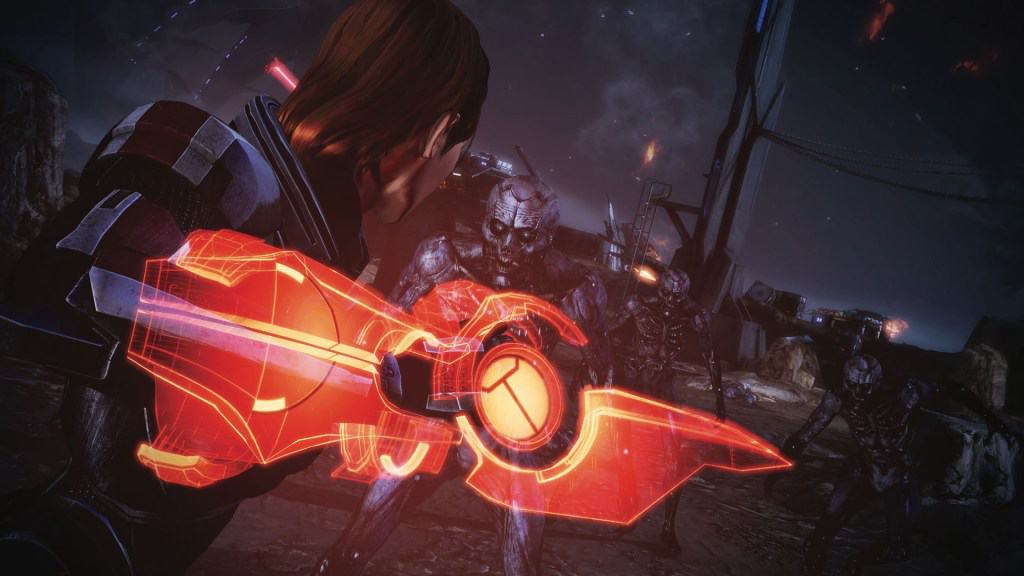 EA has released a bunch of previously-available Mass Effect 2 and Mass Effect 3 Deluxe Edition content for free download to celebrate next week’s launch of Mass Effect Legendary Edition, as well as giving details on the performance modes for the trilogy’s upgraded re-release next week.

The huge package of content includes a whopping 88-track soundtrack of songs from the game, including an all new track for the Legendary Edition known as Resynthesis, 2 PDF Art Books with some of the concept art and designs for the latter two games, 2 PDF Comic Books set in the Mass Effect universe and a Normandy Digital Lithograph. The just-under 2GB download will be available from the EA website here until May 31, 2021.

As for the game itself, a blog post details the visual options players will have when returning (or playing for the first time) to Shepard’s adventure next week, with console owners able to toggle between a ‘Favour Quality’ mode and a ‘Favor Framerate’ mode depending on their preference.

You can expect all this and all the other additions in the Mass Effect Legendary Edition when it launches on May 14 on Xbox Series X|S, Xbox One, PlayStation 5, PlayStation 4 and PC.

For a limited time, fans have a chance to download free bonus content previously only available in the Deluxe Editions of #MassEffect 2 + 3, and more!