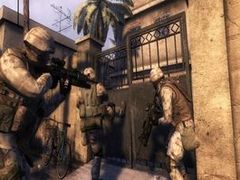 Konami is reported to have dropped Iraq-based console FPS Six Days in Fallujah.

Earlier this month Konami announced a publishing agreement to bring Atomic Games’ FPS to North America, but the announcement was met with a bombardment of press and public feedback questioning the suitability of the game.

“After seeing the reaction to the video game in the United States and hearing opinions sent through phone calls and e-mail, we decided several days ago not to sell it,” said a Konami spokesperson. “We had intended to convey the reality of the battles to players so that they could feel what it was like to be there.”

No European release had been announced.