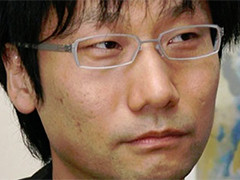 Kojima wants to step away from Metal Gear

Metal Gear Solid director Hideo Kojima has revealed that he would like to step away from the franchise to concentrate on different types of games, but hasn’t yet found a suitable person to replace him.

Speaking in this month’s issue of Game Informer, Kojima admitted that the Metal Gear franchise can be “difficult to handle”, and suggested that if he were to pass on the series to somebody else it could lead to an ‘Alien’ movie franchise scenario, with the quality of the franchise going downhill with future releases.

“At Kojima Productions, if our studio were a kitchen and the head chef changes then it changes the flavour,” he said. “The franchise usually becomes more open, as in Alien. To be honest, I’ve actually wanted to do something similar just to change it.

“I don’t know if the Metal Gear brand sometimes is a bit heavy to carry. The franchise is difficult to handle. But so far I’ve had no success [passing the torch]. Metal Gear Rising [Revengeance], fortunately that was a spin-off so that went well. Ideally I would like to step out from the Metal Gear franchise as a producer and dedicate myself to other games. So far that has proven to be a bit difficult.”

He continued: “Aliens is a very successful example [of a new director coming in]. Unfortunately, in our case, it’s more like The Terminator, that once Cameron steps out of it there was kind of a mess.”

Kojima has threatened to step away from Metal Gear before, having said that Metal Gear Solid 4: Guns of the Patriots would be the last game in the series he would oversee.

However, he returned for the upcoming two-part sequel Metal Gear Solid 5: Ground Zeroes and The Phantom Pain – the first of which can reportedly be finished in around 5 minutes.

But according to the mag, Kojima doesn’t just want to be remembered as the “Metal Gear guy” and has aspirations to develop something “completely different”.

“Within the games industry, I would like to make more games that have that indie game taste or some completely different type of game with a big budget – something in a completely different direction,” he continued. “If I wasn’t doing games, well of course I’d like to get involved in movies or write novels.

“I’m almost 50 years old, so I don’t have that much time left. If I was to write a list of things that I want to do before I die, it would be a very stuffed list. Because of my age, I’m starting to think of the other things I have to do before I die.”