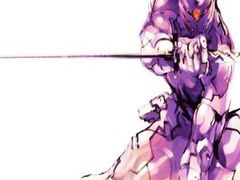 “We started off with the concept of having Cyborg Raiden as the main character, but gradually as development proceeded he kind of grew closer and closer to Cyborg Ninja,” said Kojima.

“Honestly I think that personally if we are going to make a sequel to Rising it should feature Frank Yaeger as a main character versus zombies… nano machine-powered zombies. That’s what I’m proposing to Platinum and the producer of the project, but they seem to be ignoring me.

“I said I’ll even write the story for it, but our story writer said, ‘no that’s ok, that’s ok. Don’t worry about it’.”

Source: Interview via a translator. Conducted at a press event organised by Konami.