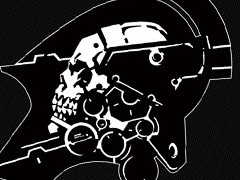 Kojima Productions is currently only comprised of four employees, according to a report from The New Yorker.

The members of staff include director/game designer Hideo Kojima, art director Yoji Shinkawa, and Kenichiro Imaizumi, a former producer at Konami. The identity of the fourth employee isn’t yet clear. [UPDATE: It appears to be Kojima’s personal assistant Ayako Terashima. Thanks, Johnny.]

The studio is currently hiring for many more members of staff, however, including programmers, artists, designers and a composer. The full list of openings can be found on the developer’s website.

Kojima opened Kojima Productions on Wednesday after his contract with Konami was “terminated”.

While little is known about his next game, it will arrive on PS4 first before heading to PC. It may also have something to do with mechs.