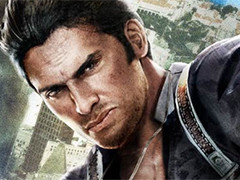 A Just Cause 3 domain has been registered by publisher Square Enix, internet detective Superannuation has revealed.

“Square Enix’s corporate domain registrar registered a Just Cause 3 domain this week. Guess we’ll see that at E3,” he Tweeted.

A reveal for Just Cause 3 is more a case of when not if, with the LinkedIn profile of Avalanche Studios boss Christofer Sundberg stating the team is working on an “unnanounced sandbox action game” which is a “new instalment in a very well-known game series”.

The profile adds: “The game is being developed at Avalanche Studios New York studio and is scheduled for completion in June 2015 for next generation console platforms.”

Officially unveiling the title one year ahead of its planned launch would make sense.