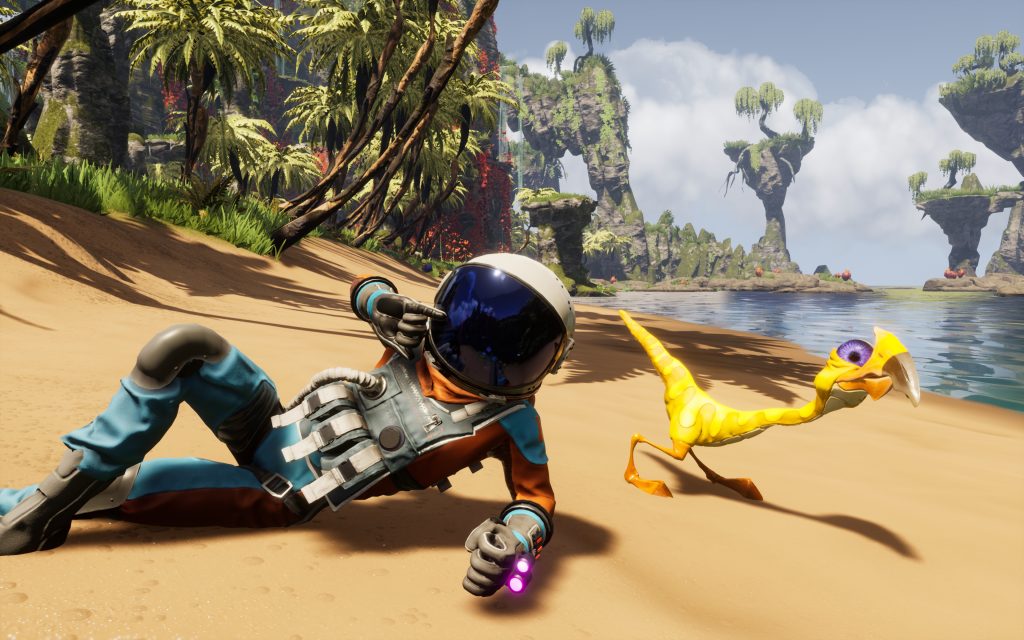 Journey to the Savage Planet is getting DLC—titled Hot Garbage—and it tasks players with a clean-up operation on a new alien planet (via Gematsu).

Planet DL-C1 (clever) features a beautiful waterfront resort, built by Kindred Aerospace. However, the company has discovered that Vyper Corp. is using its resort as a toxic waste dump, which simply won’t do. The player will be required to investigate these upsetting occurrences, and will be rewarded for their efforts with “new upgrades to gear and abilities including lead boots for adventuring underwater, a specialized Kindred suit for traversing toxic areas, an unlimited stamina ability for endless sprinting and the power of flight (well, sort of).”

Hot Garbage also adds Kronus, a beleaguered Vyper Corp. robot “pal,” along with new flora and fauna and a fleet of mostly friendly Vyper Corp. cleaning and flying security robots. Josh will be thrilled to hear that there is a new variation of Puffbird on DL-C1, though further research is needed to see if this species explodes in mid-air satisfactorily.

Journey to the Savage Planet is out now for PC, Playstation 4, and Xbox One. Watch the Hot Garbage trailer below. 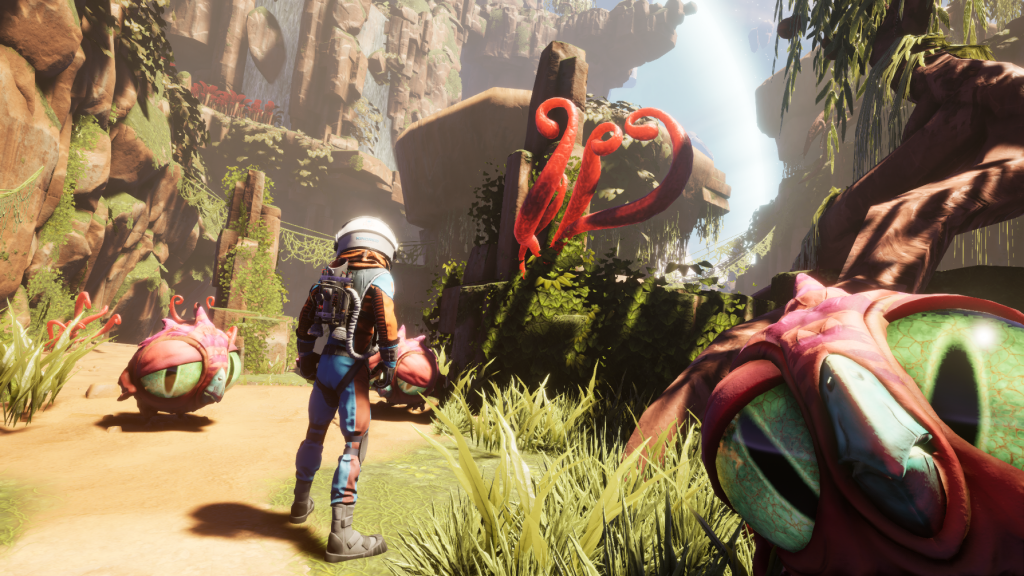