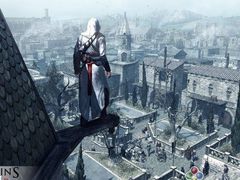 Jade Raymond’s new studio is to head up development of an open world IP, according to statements made by EA CFO Blake Jorgensen and originally reported by Gamespot.

“We’ve never really operated in the largest genre of gaming, and that’s the action genre,” Jorgensen stated. “That’s the Assassin’s Creed-style games; more open-world, more single-play versus multiplayer. It’s not been an area that we’ve operated in. We recently hired Jade Raymond, who was behind the Assassin’s Creed franchise for Ubisoft and she will be building an action genre for us through a studio we’re building out in Montreal right now. So a lot of excitement around the action genre.”

Raymond, who is the Group GM of Motive and Visceral Studios, formed the studio in July having worked on Ubisoft titles such as Assassin’s Creed II and Splinter Cell Blacklist. As well as this as-yet unnamed open world game, Raymond is also collaborating with Amy Henning on an as-yet unnamed Star Wars title.