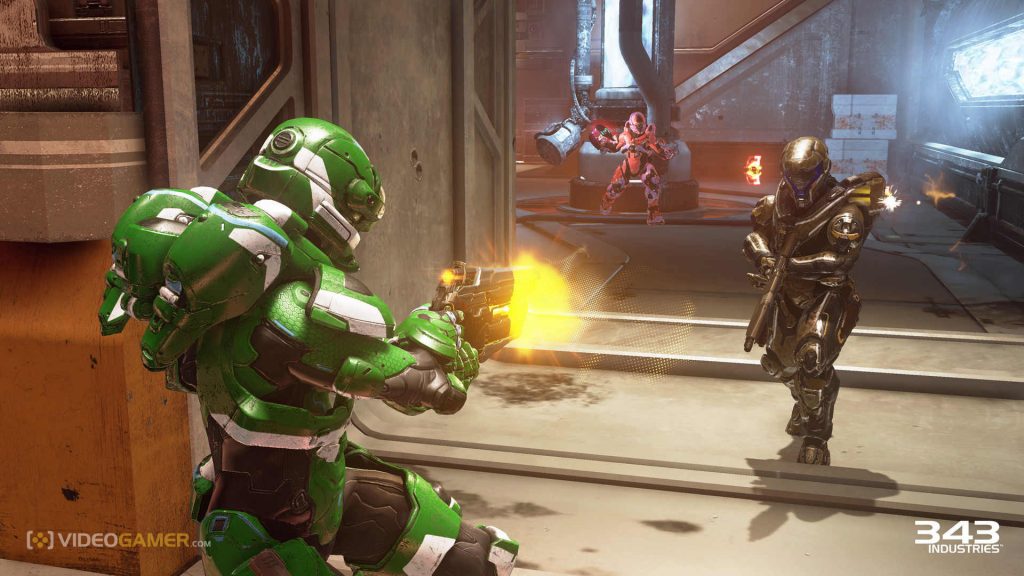 It seems likely Halo 6 will have split-screen

“We’ve also had a lot of learnings along the way,” said Ross (as transcribed by Eurogamer). “When we fell down with multiplayer launch of MCC, or when we didn’t put split-screen in with Halo 5, it was incredibly painful for the community and for us. It erodes trust with the community, as the community is a part of our world-building.

“A lot of learnings from that. I would say, for any FPS going out will have always have split-screen in going forward.”

Obviously Halo 6 hasn’t been announced, but you can assume that game will come at some point, and it will feature split-screen.

Back in the summer of 2015, then 343 boss Josh Holmes blogged about the difficult decision to drop split-screen from Halo 5.

“The decision to remove split-screen support from Halo 5: Guardians was one of the most difficult ones we’ve ever had to make as a studio,” he wrote. “We know that for many of our fans, Halo has meant playing together with friends in the same room. We all have great memories of past Halo split-screen multiplayer matches.

“To move Halo’s gameplay forward and deliver a true next-gen experience, tough choices had to be made. Our decision was driven by a desire for scale, fidelity and focus to ensure that we would deliver the best quality experience possible.

“With Halo 5 we are delivering massive scale environments, improved AI behaviour, increased visual and gameplay fidelity… something that truly takes advantage of a new platform. Many of our ambitious goals for Halo 5 would be compromised in a split-screen setting and the time spent optimising and addressing split-screen-specific issues would take focus from building other parts of the game.

“Game development is a balancing act of resources, time and technology, and in this case we made the tough decision to sacrifice something that’s been near and dear to us all.”

It now appears that balancing act will require including split-screen.