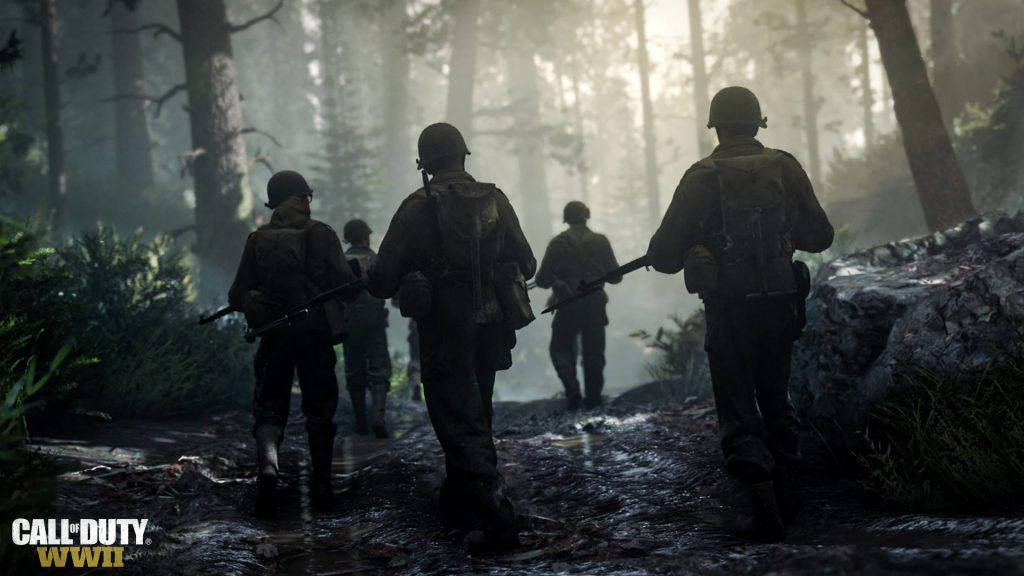 In Call of Duty: WW2 you fight through D-Day and impersonate a Nazi soldier

More details about the campaign in Call of Duty: WWII have been revealed in September’s issue of Game Informer. The cover story piece reveals new aspects of the game as well as some mission details. Players get to impersonate a Nazi soldier, take part in the Allied campaign in France, make their way through a forest into the Rhineland and, yes, play through chaotic moments of the D-Day beach landings once again.

According to the article, the game has tried to replicate the tone of something like Saving Private Ryan, beginning with the D-Day landing operations (codenamed Operation Neptune), where scores of soldiers were mown down on the beaches of Normandy. This sequence also sees a hand-to-hand encounter with an enemy soldier, which is described as ‘brutal’ and ‘intimate’. The game’s campaign will take place across Europe, and missions will see players taking part in Operation Cobra and fighting through France alongside other allies, as they make their way towards Berlin through Hurgten Forest along the Rhine.

In the mission titled ‘Wolf’s Den’ players will dress up as a Nazi soldier in order to infiltrate a German base. The mission will require players to interact and respond with fellow soldiers in the correct way to make sure that they don’t attract suspicion. If paced and delivered correctly, this could be a memorable moment in the game.

In the article, Sledgehammer Games boss Michael Condrey discussed the use of Nazi icons within the game. He said that the studio had debated the topic before coming to the conclusion that ‘It was important for us to balance the authenticity of the game and era, and the dark notes that come with the genocide that the Nazis brought to bear. We need to balance and respect that but also recognize this is a piece of entertainment and not dishonor the loss of life that happened there’. Condrey continued, stating that although the main game has nazi iconography like the swastika, it’s trying to depict the horrors of war, whereas ‘in the multiplayer, zombies, and social space it didn’t feel appropriate; it didn’t feel like it added honor to the cause’.

Call of Duty: World War II is due for release on November 3 for PS4, Xbox One and PC. Those who pre-order will gain access to a beta, which comes to PS4 first on August 25 and Xbox One on September 1.