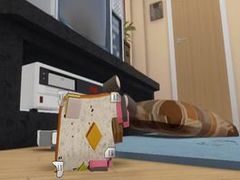 I am Bread out now on iOS

Update: I am Bread is now available on iOS, bringing all the bread toasting craziness of the PC and console versions to iPad and iPhone. There’s even a new trailer to showcase what it is you’re missing out on if you don’t own the game.

Original Story: I am Bread, the game about guiding a slice of bread into a toaster, will launch on PS4 on August 25, Bossa has announced.

There’s not really much more to say, other than to check out the release date announcement trailer below.

Okay, so we actually covered the release date news yesterday when Bossa announced the Team Fortress 2 update for the PC version, but we just wanted an excuse to post the video of Miller attacking a member of the Bossa team with bread.

Guide a slice of bread into a toaster.

Guide a slice of bread into a toaster.