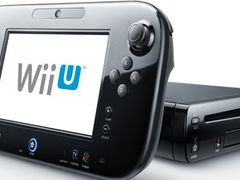 Humble Bundle teams up with Nintendo to offer Nindie Bundle

In a first for Humble Bundle it is offering Wii U and 3DS game downloads as part of the new Humble Nindie Bundle presented by Nintendo eShop.

“We’ve teamed up with Nintendo to bring fans a bundle full of Nintendo 3DS and Wii U indie games!” writes Humble Bundle. “Pay what you want for Guacamelee! Super Turbo Championship Edition, Woah Dave!, and Mighty Switch Force. Pay more than the average price, and you’ll also get The Fall, OlliOlli, and Moon Chronicles Episode 1. Pay $10 or more, and you get all of that plus Stealth Inc 2 and SteamWorld Dig.”

The games would ordinarily cost you $88. Sadly none of this is available to gamers in Europe as the bundle is region-locked and can only be redeemed on North, Central, and South American Wii U and 3DS consoles (with the exception of Brazil).