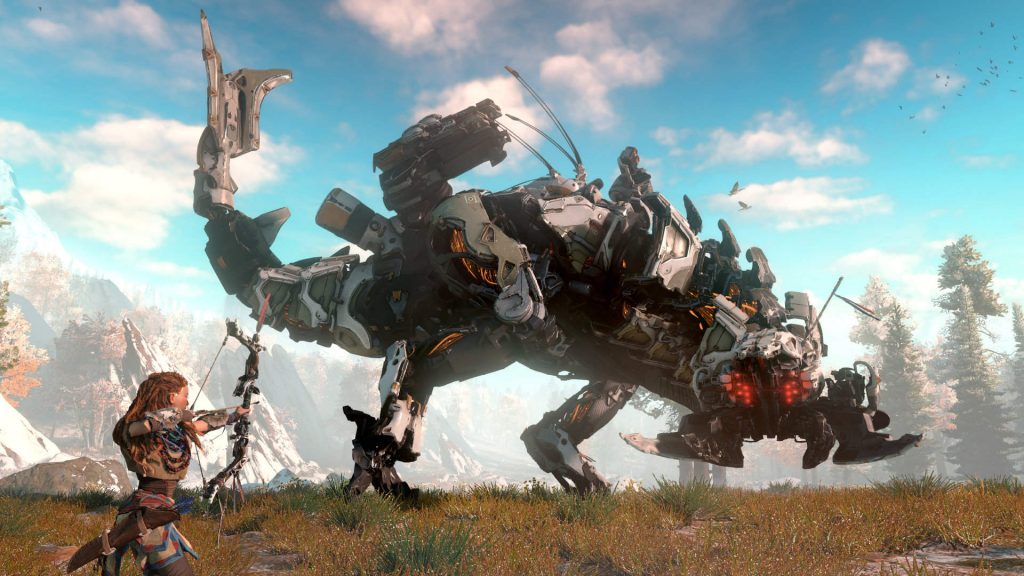 Horizon: Zero Dawn could be coming to PC, claims a report from Kotaku.

Horizon: Zero Dawn is a good game. It’s a very good game. Typing these objective facts out now makes me want to boot it up, roly-poly down hills, and batter robot dinosaurs into nuts and bolts. Now, a new report claims it is coming to PC in the future, which is interesting news indeed.

Three sources close to Sony were able to reveal this information to Kotaku, and the game will be sold on Steam and on the Epic Games Store, apparently. Sony snapped up developer Guerrilla Games in 2005, and the studio has its own game engine which allows for 4K resolutions and high-dynamic-range imaging on the PlayStation 4 and PC. This Decima engine was used for Death Stranding, and coincidentally, Death Stranding is confirmed to be coming to PC in the summer of 2020.

Death Stranding, Heavy Rain, Beyond: Two Souls, and Detroit: Become Human are all PlayStation games that have since been ported for PC. However, a Horizon: Zero Dawn port would be momentous, as it would be the first exclusive game from a Sony-owned developer to go multiplatform. Sony has always developed exclusives so that software and hardware sales work in tandem for greater returns than would be possible with multi platform games. The next frontier for the industry may focus less on the divisions of platforms and companies, and instead follow ecosystems. One telltale sign is the rise of services such as Xbox Game Pass and PS Now, which allow the streaming of Xbox or PlayStation games on the PC.

We don’t know whether Horizon: Zero Dawn is coming to PC, because neither Sony nor Guerrilla Games have acknowledged the report. Microsoft is prioritising on “building those kinds of things that really will be generational” with the Xbox Series X, but Sony has exclusive PS5 launch titles that won’t be playable anywhere else. If the Horizon: Zero Dawn port is real, it could signify a critical change of direction from the company just ahead of the advent of the next-generation. Watch this space.