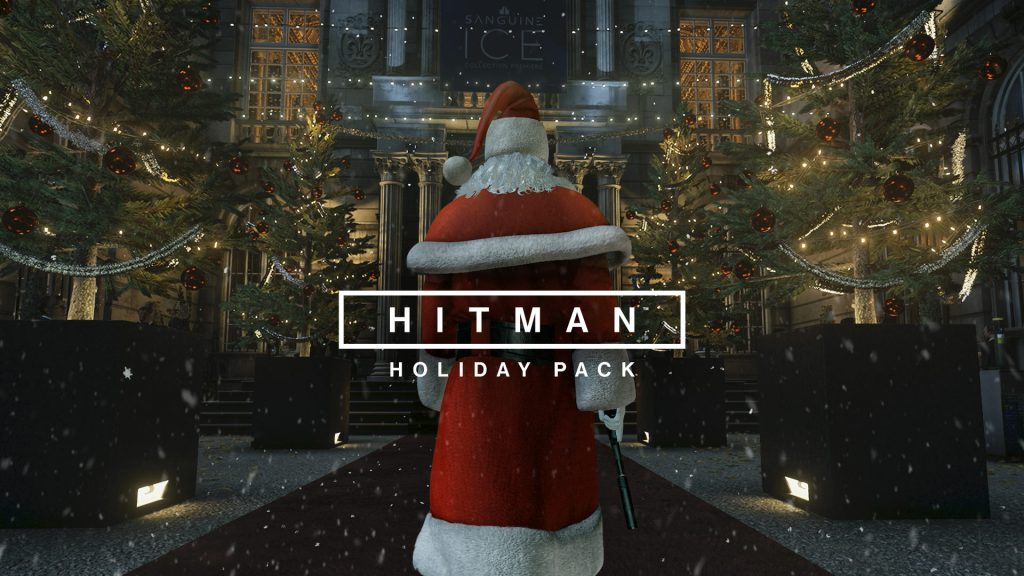 Updated on December 14, 2017 by VideoGamer.com Staff

It’s that time of year; bodyguards roasting on an open fire, explosive golf balls thrown at a henchman’s nose. To celebrate IO Interactive is making the entirety of Hitman’s Paris chapter absolutely free allowing players to play the Showstopper mission and last year’s Christmas-themed Holiday Hoarders mission which sees you knock off the legally-distinct facsimiles of the Wet Bandits from Home Alone in a festive version of Paris for no cost.

Releasing as a special ‘Hitman Holiday Pack’ for Xbox One, PlayStation 4 and PC the freebie will be available from tomorrow, December 15 until January 5 and anyone who downloads it in that time will get to keep it forever. As well as the story and bonus mission, you’ll get access to all the Escalation Contracts, Challenges and be able to take part in any future re-activated Elusive Targets that are unleashed in the Paris level.

Any progress made and rewards earned such as the Santa costume will also carry over into the full Hitman Game of the Year Edition collection should you wish to purchase that later too.