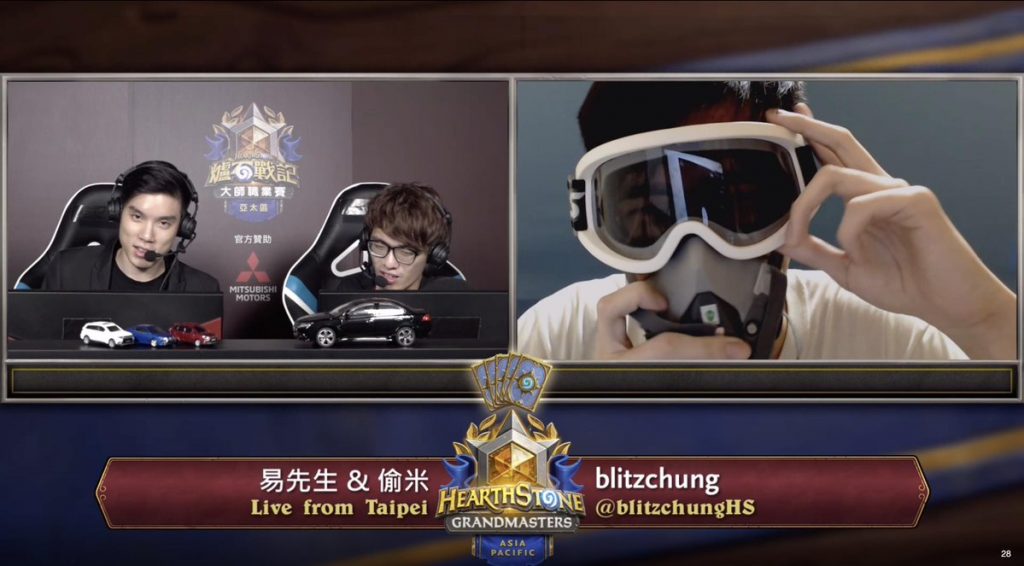 Updated on October 9, 2019 by Imogen Donovan

In an interview with PC Gamer, Hearthstone caster ‘Virtual’ said he has no idea why he was sacked after the Hearthstone pro ‘Blitzschung’ voiced support for Hong Kong protesters.

After his Grandmasters win against South Korean player Jang ‘DawN’ Hyun Jae, Chung ‘Blitzchung’ Ng Wai appeared on the official Twitch channel of Blizzard Taiwan for a post-match interview. He donned ski goggles and a gas mask, and shouted in Chinese, ‘Liberate Hong Kong, revolution of our age!’ The livestream hosts hid behind their screens and ended the interview with, ‘Ok, ok, that’s enough.’

In response to Blitzschung’s actions, Blizzard deleted the interview, stripped him of his prize winnings, and banned him from Grandmasters and Hearthstone for one year. Fans have railed against Activision Blizzard’s reaction, sparking the hashtag ‘#BoycottBlizzard’ on social media and returning their games in protest. But, two unwitting victims of the controversy were the Hearthstone casters who held the interview with Blitzschung.

Virtual and Mr. Yee ducked out of sight when the Hearthstone winner made his comment, but it wasn’t enough to distance the two from the fallout. One day later, Blizzard Taiwan informed Virtual he had been fired but did not provide any reasoning. Justifying that he was ‘just doing [his] job’, Virtual argued with Blizzard Taiwan over the dismissal and was told that Blizzard will reconsider the consequences.

‘If Blizzard bans me from casting any Hearthstone tournament, it will really hurt,’ Virtual explained that approximately 50 per cent of his income is sourced from commentating on Grandmasters and Asian Hearthstone tournaments. Though his situation is precarious and he loves the game, he will respect Blizzard’s final decision. ‘If their decision is to still fire me, I can accept that. But I think I'm doing good with my job. The winner should be able to say what he wants to say in the winner interview,’ he said.