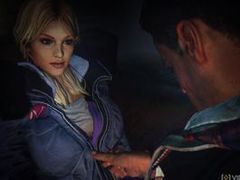 Has Until Dawn been cancelled?

UPDATE: Until Dawn is still in development, Supermassive Games has told VG247.

“Until Dawn is most definitely not cancelled and we are still developing it,” said managing director Pete Samuels. “Not only that, but we’re really excited about what we’re creating and can’t wait to tell more and show more sometime soon. I understand that the silence has been frustrating for those people who have been looking out for more details.

“It’s clearly not planned to be a 2013 release any longer and I’m hoping and expecting to be able to say more in the new year, but that’s really all I’m able to say right now.”

ORIGINAL REPORT: PS3 teen horror Until Dawn has been cancelled, according to an alleged email from Amazon US.

The email, supposedly sent to pre-order customers in the US overnight, states that the retailer “recently learned that the manufacturer of Until Dawn – Playstation 3 cancelled this release and it will not be available for purchase.”

Amazon’s website also states that the title is “currently unavailable”. The game had been in development at Tumble developer Supermassive Games, whose website states that the game is still “coming in 2013 exclusively to PlayStation 3”.

The game would have seen players using motion controller PS Move as a flashlight to expose a murderer slowly killing off your friends.

Sony has yet to announce that Until Dawn has been canned, but its cancellation would come as little surprise: nothing has been seen of the game since its announcement at Gamescom 2012.

There is of course the possibility that a retail release has been scrapped in favour of a digital only launch, or could it have been moved over to PS4…