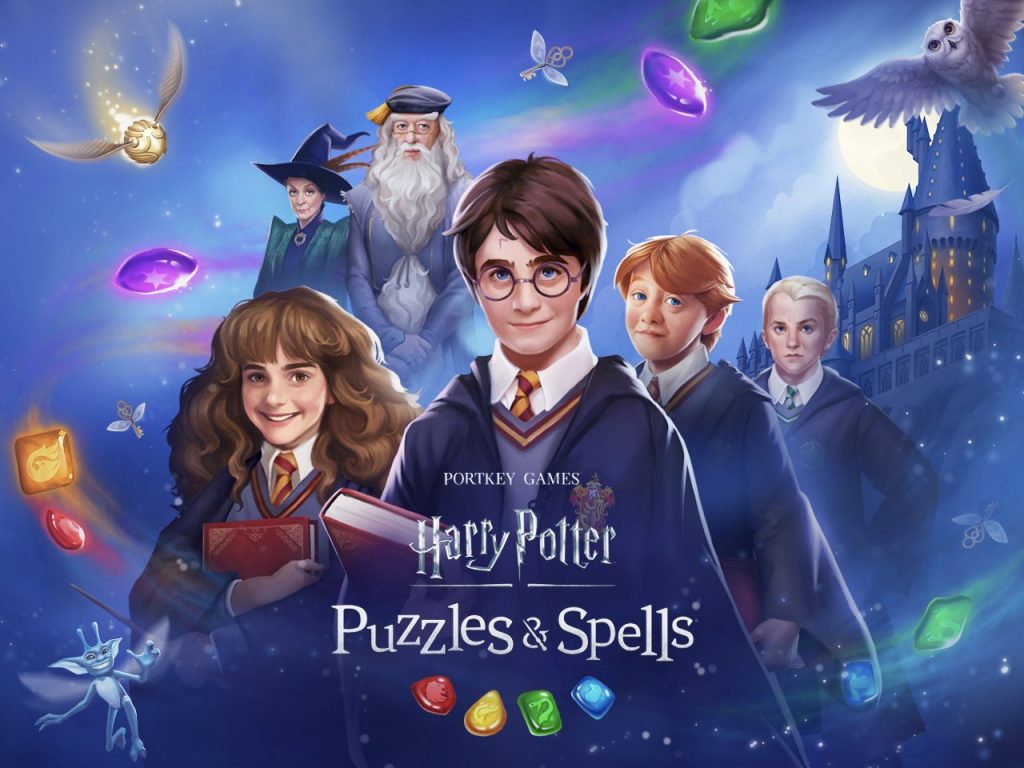 Harry Potter: Puzzles & Spells, a new match-3 game that melds magic and logic puzzles, got a new trailer showing off its settings lifted from the original films.

Developed by Zynga and published by Portkey Games, these puzzles will be set against iconic locations from the Wizarding World. These include Platform 9 ¾, Diagon Alley, the Hogwarts Express, the Great Hall, the Grand Staircase, and the Gryffindor common room. I know of a few people who have started Harry Potter movie marathons while in lockdown, and this game will be right up their street.

Not only will there be famous set pieces, but players will “utilise potions, spells, and other magic abilities and objects to progress through fanciful levels,” and encounter classic characters like Dumbledore, Draco, and Hedwig. “From the Great Hall of Hogwarts to the Gryffindor common room, Harry Potter: Puzzles & Spells gives players a chance to revisit their favourite Wizarding World landmarks in a new way,” said Bernard Kim, president of publishing at Zynga.