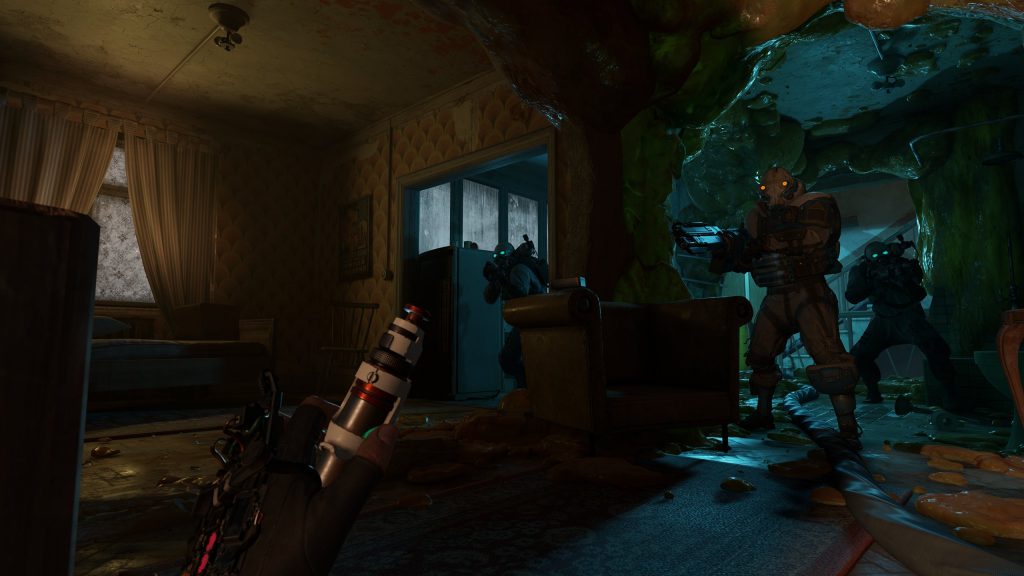 Half-Life: Alyx gameplay shows off the depth and detail of the new game

Valve released three gameplay videos of Half-Life: Alyx, and these show off how interactive the game will be set the world of City 17 (via The Verge).

Previously, the developer stated that the new Half-Life game simply had to be a virtual reality venture. “Between how you move and position yourself, how you handle weapons and other objects, and how you perceive the scale of the world, it simply wouldn't be at all the same game with VR stripped away,” explained programmer Robin Walker. “It affects everything you do and how you do it.”

It’s all very well telling us about these “VR specific elements,” but now these new gameplay videos show us how it will all work. Playing as Alyx, the player is able to interact with a lot of stuff in the environment—break boards off a door, catch things that are falling in mid-air, manipulate puzzles and tools, pull items towards her, and gingerly push a dead headcrab over with her pistol. Valve did reveal that its Index controllers will add interaction options to the game, but we didn’t see anything like that here.

Alyx is collecting a material called “resin” on her travels around City 17, and when approaching a whizzy workshop machine, it looks like she’s able to customise her pistol in exchange for various amounts of resin. Another new thing for the series is a voiced hero, and Alyx will chat to characters and talk to herself from time to time. Expectedly, a lot of Half-Life: Alyx is similar to the two classic games, with headcrabs, Combine soldiers, and barnacles. But here, the world has been given a serious overhaul.

The environments haven’t skimped at all on the atmosphere and detail, and Alyx will find herself climbing and clambering across the city—this won’t be a one-track shooter with the occasional easter egg. One thing I enjoyed was Alyx haphazardly tipping over a bucket in the midst of a firefight, and the water spills onto the floor into a proper puddle. The games of the early noughties could only dream of such a feat.

Also, each video shows off an optional style of movement. Gameplay video 1 is teleportation (clicking a spot on the ground and moving there after a blackout), gameplay video 2 is continuous (moving like you would with a controller or keyboard and no interruptions), and gameplay video 3 is shift (clicking a spot on the ground and sliding towards it). These are only a few of the options available to players, as Valve confirmed that there will be “seated,” “left-handed mode,” and “one armed play” modes to accommodate all approaches to Half-Life: Alyx.