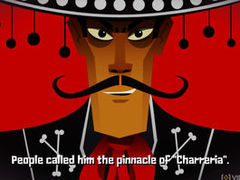 Guacamelee free on Xbox One with July Games with Gold

Xbox One Gold users will be able to download Guacamelee! Super Turbo Championship Edition for free next month, Microsoft has announced.

Available from July 2, Guacamelee makes up one of July’s four free Games With Gold titles, and will be available on Xbox One alongside current freebie Max: The Curse of Brotherhood for a limited time. Halo: Spartan Assault, which is currently available to download for free, will leave the program shortly.

If you’re not an Xbox Live Gold user you’ll be able to download Guacamelee for $14.99. A UK price has yet to be confirmed.

Are you happy with next month’s selection? Sound off in the comments below.