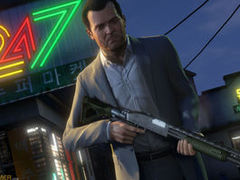 A job ad for Rockstar has dropped the greatest hint yet that Grand Theft Auto 5 could be headed to PC.

The job listing was spotted on Rockstar’s careers site, and asks for a “talented graphics programmer” to join Rockstar Leeds to “help bring our latest titles to the PC platform.

“Working together with the other Rockstar studios, you will be responsible for maintaining the studio’s uncompromising quality bar,” reads the ad, “delivering the highest quality PC experience possible.”

Rockstar typically releases PC versions of its Grand Theft Auto titles in the months following their initial console release. It took 8 months for GTA 4 to appear on PC.

2010’s Red Dead Redemption, however, has yet to see a release on the platform, despite persistent requests from fans.

But PC isn’t the only unannounced platform GTA 5 may eventually appear on.

The job ad also suggests that Rockstar is hard at work on an Xbox One & PS4 title – possibly dropping a hint at a next-gen version of GTA 5.

Part of the employee’s responsibilities, the job ad states, will be to “work within a team of skilled developers on Next Generation games”.

Rockstar has yet to announce a next-gen or PC version of GTA 5. Last week it said that it “[didn’t] have anything to share about the possibility of a next-gen or a PC platform release at this time”.

The first gameplay footage of GTA 5 will be released at 3pm BST today.