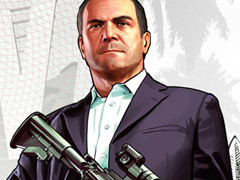 GTA 5 – All the Game Informer details

GTA fans, the time has come.

We know you’re desperate to learn the facts, so while we type up something in more detail, we thought we’d summarise everything there is to know from Game Informer’s preview in the list below.

And don’t forget, Take-Two has already promised “a lot of interesting stuff” for GTA 5’s DLC.