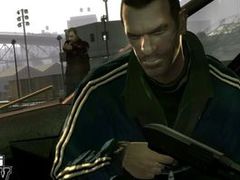 Sales of Grand Theft Auto 4 have surged in the run up to GTA 5’s release, according to UK retailer Asda.

“GTA 4 has been flying off the shelves in anticipation,” Asda’s head of video games Craig Thirkell told MCV, in an article discussing the game’s imminent release. “[GTA 5] marks the first of our midnight launches for 2013. We have a few surprises up our sleeves to keep our customers happy on the night.”

GTA 4 launched over five years ago back in April 2008, but has sold consistently well since its release.

The game has sold over 25 million units worldwide, and regularly features in the top 10 most played charts on Xbox LIVE. It also earned a place at no.23 in this week’s charts, with DLC follow-up Grand Theft Auto 4: Episodes From Liberty City placing at no.26.

GTA 5 launches next Tuesday, September 17 on Xbox 360 and PlayStation 3, and is expected to outperform its predecessor during its launch week, with sales thought to break opening week records.