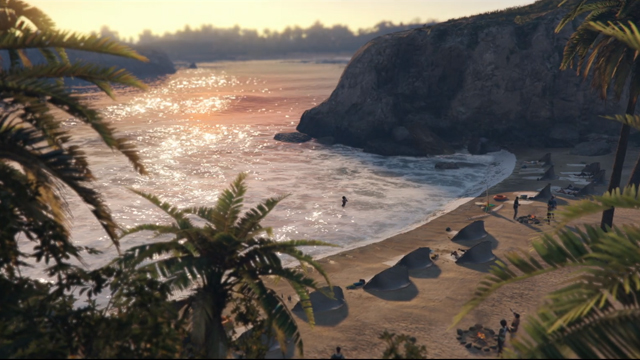 Rockstar has revealed that Grand Theft Auto Online will be getting what it's calling it's biggest adventure ever in a heist that will take place on an all new island location entitled The Cayo Perico Heist, coming in December.

As per the post on the Rockstar Newswire, you'll be infiltrating the remote island compound of GTA's most notorious drug dealer, and as part of the heist you'll be choosing tools, your approach and crew as you attempt to deal with the island's security forces and escape with the loot.

Rockstar promise a "brand new approach to heist design" which will feature the ability for the heists to be played solo or with up to three other players, as well as new vehicles, tactical weapons, new social spaces and new radio stations with over a 100 new songs. And to top it all off, there'll be a new heavily-armed submarine you'll be able to use as a mobile HQ "with plenty of other surprises" also promised.

Rockstar say they'll unveil more information closer to release, but for now you can check out a trailer for yourself below. The Cayo Perico Heist lands in Grand Theft Auto Online on PlayStation 5, PlayStation 4, Xbox One and PC from December 15.