Where to buy God of War Ragnarok PS5 Controller 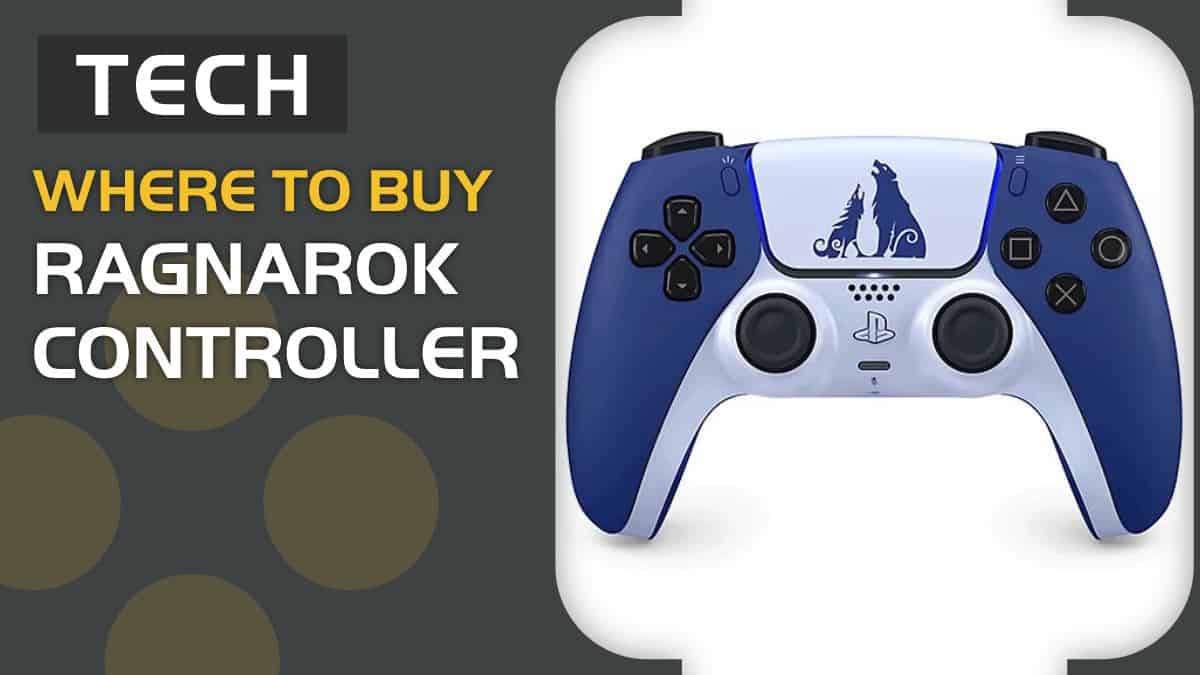 With the release of God of War Ragnarok comes with it loads of new bundles and special editions, now including a God of War Ragnarok themed Dualsense Wireless PS5 Controller. This rather smart looking bit of tech has now released in time for the game itself, along with other of the God of War themed PS5 consoles and editions such as the Jotnar and Collector’s Edition of the game.

Explore the Nine Realms with this limited edition DualSense wireless controller, with blue and white detailing to represent the cold and unforgiving world of Midgard, and a bear and wolf insignia to symbolise Kratos and Atreus.

However you might not be ready to grab the controller just yet as you’ve got a pre order PlayStation DualSense Edge controller on the way. Gaming PC Vengeance with RTX 4080 and Intel Core i9

Where to buy God of War controller?

Of course, the PlayStation Store website will stock the controller, but only to an extent. As we’ve seen from pre order release of God of War Ragnarok PS5 bundles, these controllers will fly off the virtual shelves. If you’re looking into buying this themed controller, look no further than these other retailers:

Is there stock on the God of War Ragnarok controller?

Currently, top retailers such as Amazon and Best Buy have no stock on the God of War: Ragnarok PS5 controller.

God of War controller price – how much is the Kratos themed controller?

On the PlayStation website the God of War Ragnarok PS5 controller is currently priced at 64.99 or $74.99. Give yourself a fighting chance of securing one of these controllers by buying as soon as possible.

However, as we saw firstly with resales for the PS5 in 2020, and now more specifically with God of War Ragnarok Jotnar Edition selling out after 30 minutes of its release and selling for twice as much on eBay, these controllers are likely to be heavily subject to a sky-rocket in resale prices.

What features does the God of War Ragnarok PS5 Controller have?

The change from PS4 controllers to the God of War Ragnarok PS5 controller is more than just a face-lift. It’s because PlayStation’s next-gen controllers for the PS5 and other hardware such as the PSVR 2 have some very special features indeed.

At the risk of sounding tremendously cliché, haptic feedback gives responsive feedback from real-time in-game interaction, as well as scripted cutscenes. Experience the varied climate of all Nine Realms through your fingers as you traverse the expansive and multi-faceted map.

As is evident in the newest games in the Call of Duty series, the PS5 triggers are programmed to quite literally adapt to the gameplay. Feel the weight, speed and power of the Leviathan Axe, or control with masterful dexterity the vicious swings of the Chaos Blades through PlayStation’s immersive controller programming.

How many editions of God of War Ragnarok are there?

Whether you’re a die-hard fan or not, you’ve got to be impressed by just how huge this game is. I mean this across the board; scope, map, story, but also following, hype and marketing. So with that in mind, here’s a compiled list of all the God of War Ragnarok special editions, bundles and copies you can buy currently.

If four distinct editions of the game (Collector’s, Jotnar, Launch, Digital Deluxe) wasn’t enough, there’s also a plethora of graphics modes and details for you, which you can read about here.

Is God of War better with controller?

A debate for the ages. As fans of the first 7 games (yes, that’s right, you are that old) will know, the God of War franchise has a pedigree in PlayStation’s consoles. From PS2 all the way now to the PS5 – with the exception of a few PSP releases – God of War gameplay mechanics have been centred around the PlayStation controller and it’s many changes. Therefore, it’s safe to say the intended method is controller. Applying a generalisation, shooting games tend to fare better on mouse and keyboard, whilst games like God of War which focus heavily on melee combat and stacking combos certainly favours the ergonomic and more organic feeling controller.

Can you use PS5 controllers on PS4?

Handily, yes. You can now use your PS5 controller to control the games on your PS4, with the cloud-based software of the Remote Play app allowing you to bridge the gap between the two generations of gaming.

How long will God of War Ragnarok be?

This number completely depends on what your style of gameplay is; are you a straight-shooting main storyline man, or are you a lateral story, side missions and all kinda guy. If you’re the former, the game should take you around 20-25 hours on the main story. However, this game is colossal, so if you’re wanting to get the most out of your game, it’ll likely take you far longer to explore everything there is to do and see.