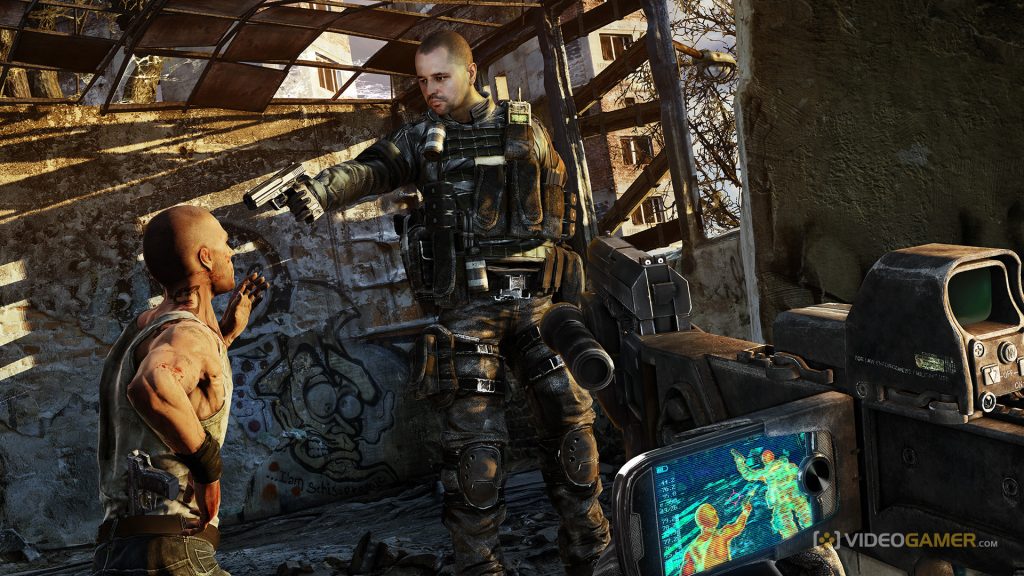 In a behind-the-scenes video of TheFarm51’s upcoming horror FPS thingy Get Even, the game’s writers Iain Sharkey and Stephen Long give an insight into their process of writing the story, as well as how players might react throughout the game.

Long was quite coy about the narrative, saying that ‘you as the player are the same as [protagonist Cole Black], trying to piece everything together and trying to figure everything out,’ adding that players won’t always be aware when a decision has been made in-game, and may only become apparent after the fact.

Sharkey boiled it down to ‘You’ve basically got about 10-12 hours of not knowing what the fuck is going on, and then about five minutes at the end where it all makes sense and everyone’s high-fiving.’

Sharkey and Long have worked on a couple of games and TV projects, with their most notable work centring on English illusionist Derren Brown. And personally, as a big fan of Derren Brown’s live shows and TV headfucks, I’m intrigued to see what they’ve concocted with Get Even.