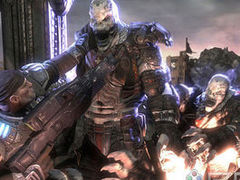 Gameplay footage of Microsoft’s unannounced Xbox One remaster of the original Gears of War has leaked online.

The footage is believed to have been captured during last month’s private beta test and allegedly uploaded via the console’s built-in DVR functionality. The original footage has since been removed, but has been re-uploaded elsewhere.

The remaster, expected to be called ‘Gears of War: Ultimate Edition’, is believed to run at 1080p/60fps and be in development at UK studio Splash Damage.

Microsoft has yet to comment on the leak, but with E3 now just one month away expect to hear more soon.